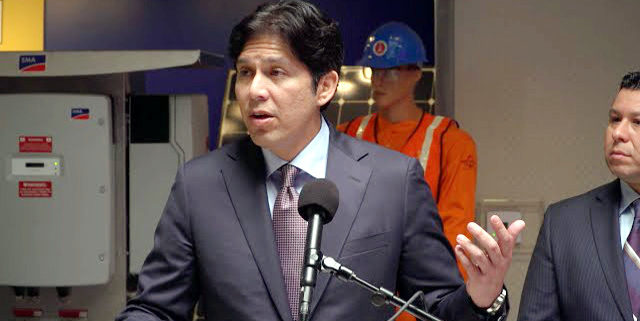 On the same day that the U.S. Senate in a mostly party-line vote approved Oklahoma Attorney General Scott Pruitt – who is by all accounts an enemy of environmental regulation – to lead the Environmental Protection Agency, the head of California’s state senate was busy leaving a very different kind of legacy. Last Friday, Speaker Pro Tempore Kevin de Léon introduced a bill (SB 584) to mandate that utilities procure 100% of their electricity from renewable energy sources by 2045.

This would accelerate the 50% by 2030 mandate which is currently in place, and would put California tied with Hawaii (which also has a 100% by 2045 mandate) for the most aggressive renewable portfolio standard (RPS) in the United States. On the global scale there are only a few nations with more ambitious plans, among them Denmark, which seeks to obtain all energy – not just electricity – from renewables by 2050.