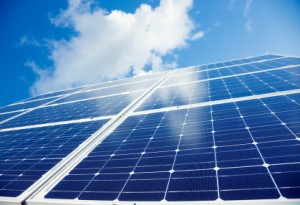 The growth of photovoltaic technology around the world continues, and the global success story has now reached a further milestone: 300 gigawatts (GWp) of total installed solar power capacity around the world. This was announced by the German Solar Association in Berlin, on the basis of their own calculations. In 2016 there was a global deployment of solar power systems with an additional nominal capacity of around 70 gigawatts. That amounts to a jump of around 30% in new deployment compared to the previous year 2015. The photovoltaic systems installed in 2016 alone generate around 90 terawatt hours of clean solar power. In mathematical terms, this new capacity would supply 25 million additional households with an annual electricity consumption of 3500 kilowatt hours.

Making a persuasive case for clean energy in 2017