At the turn of the millennium, only wide-eyed dreamers in the power sector would have claimed renewable energy would play a major role on the U.S. grid. Wind and solar were simply too expensive and too difficult to integrate.

Fast-forward to 2017, and that dream is becoming a reality, according to a survey of more than 600 utility professionals.

More than 80% of North American utility employees expect renewable energy to increase moderately or significantly in their service areas over the next decade, according to Utility Dive’s fourth annual State of the Electric Utility (SEU) survey.

PV Tech’s preliminary analysis of global solar PV manufacturing capacity expansion announcements in the first quarter of 2017, shows a strong rebound compared to the significantly subdued environment experienced in the second half of 2016.

Although capacity expansion announcements in January remained subdued and followed the low level of activity set in the second-half of 2016, February proved to be the third highest month since 2014, and the highest February in more than three years.

March did not maintain that momentum but still posted strong figures, becoming the second highest March figures in more than three years. 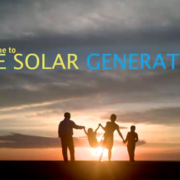 WASHINGTON, D.C. – Built during the last century, the United States electric grid is in need of an update to account for changes in how Americans get their electricity. A white paper being issued by Solar Energy Industries Association (SEIA) today, is the first in a series that will detail the steps necessary to properly upgrade our power infrastructure.

Today’s white paper, New Opportunities for Solar Through Grid Modernization, explores how California and New York have been working on policies that encourage the use of clean distributed energy resources, while allowing ratepayers to save money.

“Our goal is to help inform the conversation so distributed energy technologies can continue to flourish,” said SEIA president and CEO Abigail Ross Hopper. “Consumers deserve reliable, low-cost, clean power and this is easily achievable by tackling grid modernization correctly.” 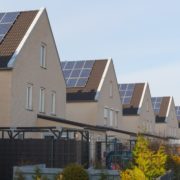 Consumer advocate Ralph Nader may have been right when he said, “The use of solar energy has not been opened up because the oil industry does not own the sun.”

However, entrepreneurs beyond fossil-fuel folks have long recognized solar power as the non-polluting, reliable energy source that also helps fight climate change, and more efficient solar systems plus decreasing costs have contributed to dramatic good news: Solar energy companies now employ more workers than any other energy industry — including coal, oil and natural gas combined. That’s according to the U.S. Department of Energy’s second annual “U.S. Energy and Employment Report” released days before the Inauguration started snuffing out most news that wasn’t about the White House, Russia, false claims and bizarre tweets.

According to the report, solar — both photovoltaic (small-scale) and concentrated (large-scale solar-power “plants”) — employed almost 374,000 workers in 2016, a one-year increase of 25 percent. 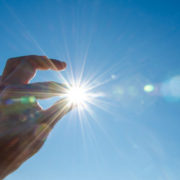 There’s a new No. 1 solar-powered city in the U.S., with San Diego replacing Los Angeles as the top city for installed solar PV capacity by the end of 2016, according to a new report from Environment America and the Frontier Group.

U.S. solar power grew at a record-breaking pace last year, and the report says the country’s major cities have played a key role in the clean energy revolution and stand to reap tremendous benefits from solar energy. As population centers, the cities are big sources of electricity demand, and with millions of rooftops suitable for solar panels, they have the potential to be key sources of clean energy as well.

The report, titled “Shining Cities: How Smart Local Policies Are Expanding Solar Power in America,” says San Diego overtook Los Angeles, which had been the national leader for the previous three years. Notably, Honolulu rose from sixth place at the end of 2015 to third place at the end of 2016. San Jose and Phoenix rounded out the top five spots for installed PV.